"We’ve had our busiest year to date and 2019 is looking good too. We have just landed two brand new series' and a significant recommission soon to be announced. It made perfect sense to take up space within Prime Studios on the creative corridor of Kirkstall Road where we have been based since we launched. I’ve had my eye on the offices we have committed to for some time and I’m delighted Ben has been able to accommodate us as our productions grow. Being neighbours with Kay Mellor, Emmerdale and Radio Aire makes this part of Leeds feel like a really creative space, especially given the amount of additional productions that come into the Prime Studios building. One minute we’re having a chat with one of our own Yorkshire Vet stars the next we’re passing a Hollywood actor in the car park and there is a real production village feel to the place. I only have one slight worry – and that’s putting on weight now that Ben has opened the Archive coffee house, which is right next door to my office! With the national HQ of Channel 4 and the arrival of PACT Nations and Regions in the City I’m sure others will be joining us and our neighbours Rollem Productions and Wise Owl Films in what is a growing and highly flexible production and production office environment."

"We're delighted to welcome Paul and his team to the Prime Studios family. As a longstanding and highly valued client, it's been brilliant to see Daisybeck Studios go from strength to strength in recent years. Their success has been integral to the resilience of Leeds' independent production community and we're excited to be working alongside them as they embark on their next chapter."

Daisybeck Studios launched in 2013 and specialises in Factual and Factual Entertainment programming. Find out more at: www.daisybeckstudios.com 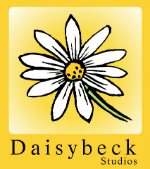 Find out more about the companies based at Prime Studios at primestudios.co.uk/hub